Two groups who should be opposed to Arizona's mandatory bar association: Arizona lawyers and everyone else. 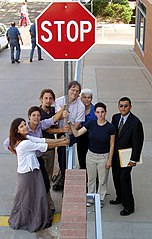 The State Bar has an inherent conflict of interest. It is supposed to regulate lawyers for the good of the public. It is also supposed to serve as Arizona lawyers’ “trade association.” But these two purposes conflict because lawyers and the public often have different interests. When these interests conflict—such as when out-of-state lawyers or lower-cost legal services wish to compete with Arizona lawyers—lawyers use the State Bar to stop that competition. Examples of this include the State Bar’s efforts to stop realtors (in the 1960s), document preparers (in the 1990s), and out-of-state lawyers (in the 2000s) from offering services in Arizona.

No other Arizona regulatory body is organized like the State Bar. The Arizona Medical Board, for example, regulates doctors. But the Medical Board is not a trade association that serves the interests of doctors. Moreover, the State Bar’s Board of Governors consists of an overwhelming majority of members who are (indeed, must be) lawyers, elected by other lawyers, to represent lawyers. Doctors don’t elect the members of the Medical Board; its members are appointed by the Governor to protect the public, not represent Doctors. Because of the State Bar’s organization, it is even more able to take anti-competitive actions that harm the public and could give rise to federal Antitrust liability. 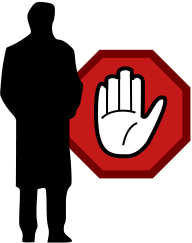 The public should be opposed to any self-regulating industry. Car makers should not make transportation laws. Mining companies should not make mining regulations. And lawyers should not regulate lawyers. When an economic interest group is given free rein to enact regulations that exclude potential competitors from the marketplace, we expect that group to use its power in the service of its own private interests and those of its friends, rather than legitimate interests.

To ensure that the regulation of the practice of law is done solely for the benefit of the public as a whole, and not for the benefit of lawyers, the State Bar should not be a mandatory association. Instead, Arizona should adopt a system like Colorado, where lawyers must be licensed and are regulated by the Supreme Court, but there is no mandatory association and regulations are not the (nearly exclusive) work of lawyers, elected by lawyers, to represent lawyers, with the public relegated to the sideline.