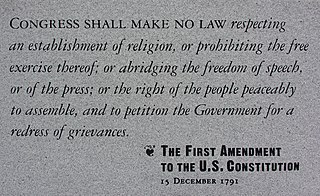 The Goldwater Institute opposes conditioning the practice of law on bar membership in Arizona because coerced membership violates the rights to free speech and free association guaranteed by the United States and Arizona Constitutions. Because of this, we support efforts to minimize this violation of fundamental rights.

It is a “bedrock principle that, except perhaps in the rarest of circumstances, no person in this country may be compelled to subsidize speech by a third party that he or she does not wish to support.”1 That is because “compelled funding of the speech of other private speakers or groups presents the same dangers as compelled speech.”2

There is no question that the State Bar’s mandatory dues are “a form of compelled speech and association that imposes a ‘significant impingement on First Amendment rights.’”3 In Knox, the Supreme Court said that compulsory subsidy schemes are held to “exacting First Amendment scrutiny” which few can satisfy.4

First, all coerced association must be justified by a “‘compelling state interes[t] . . . that cannot be achieved through means significantly less restrictive of associational freedoms.’”5 Second, even in the “rare case” where coerced association can be justified, compulsory fees “can be levied only insofar as they are a ‘necessary incident’ of the ‘larger regulatory purpose which justified the required association.’”6  Although the Court did once find mandatory bar associations to be one of the rare cases that permit compelled association, Keller v. State Bar of California, 496 U.S. 1 (1990), it has not revisited that conclusion in light of its holdings in Knox and Harris that mandatory associations must meet exacting scrutiny.

The Arizona State Bar, like all mandatory bars, simply cannot satisfy these criteria. The only compelling state interest the Supreme Court has found to justify coercive bar association membership is improving the practice of law through the regulation of attorneys.7 Yet 18 states—Arkansas, Colorado, Connecticut, Delaware, Illinois, Indiana, Iowa, Kansas, Maine, Maryland, Massachusetts, Minnesota, New Jersey, New York, Ohio, Pennsylvania, Tennessee, and Vermont—have already found ways to regulate attorneys without compelling membership.8 To say that this interest cannot be achieved through less restrictive means flies in the face of reality. Mandating membership in the State Bar therefore crosses “the limit of what the First Amendment can tolerate.”9 It should no longer be tolerated in Arizona. 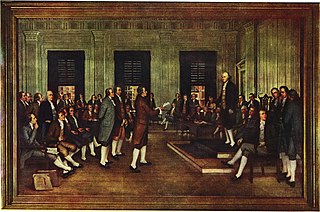 Ending forced bar membership in Arizona is not a radical proposition. Look no further than our neighbor Colorado to find an exemplary model for attorney regulation. There, as in other states that maintain voluntary bars, attorneys are still held to high ethical standards, are still regulated by the state, and must still pay for the cost of attorney regulation. If they wish to join a bar association, they may, but if their views differ from those of the the bar association, they are free to disassociate themselves from the bar association’s speech, without sacrificing their right to practice law. If 18 states find it unnecessary to violate attorneys’ First Amendment rights in order to regulate the practice of law, why do it in Arizona?

“The mere fact that a lawyer has important responsibilities in society does not require or even permit the State to deprive him of those protections of freedom set out in the Bill of Rights.”11 Adopting a regulatory scheme that respects that fact would not prevent the State from properly regulating the practice of law, or deprive Arizonans of high quality legal representation, just as it has not done so in the 18 voluntary bar states. Given that the Arizona Supreme Court has repeatedly held that our Constitution affords greater protection for free speech than does the First Amendment,12 we applaud reforms that follow the lead of those states that have chosen to respect freedom of choice instead of coercion.

The Goldwater Institute urges the State of Arizona to end the practice of forcing attorneys to join and fund the State Bar of Arizona in order to practice law.