Beneath the Bar's Mask.

The stated mission of the State Bar of Arizona (SBA) is: “Protecting the Public of Arizona and Advancing the Legal Profession.”1 History teaches us, with all too much repetition, this is an enormous fallacy and neither the public nor the lawyers are well served. Who is served? The people in power.

The SBA is a government agency, inter alia, because it regulates lawyers. Governments, and other authorities, begin with a soft side toward their own creators and a hard exterior exposed to potential foes. As time passes, it loses the “soft” side and becomes equally hard and impervious to all. In the end it overreaches and seeks to protect the unprotectable and even those not wanting protection.

The SBA fails in “Protecting the Public of Arizona” because the restrictive policies have created higher prices, fewer choices, and less innovation for providing legal services to the people of Arizona. The SBA has become a lawyer’s cartel.2 A day in court now costs a kings ransom and trial has now become the sport of kings.

The SBA fails in “Advancing the Legal Profession” because it is widely believed to be controlled by a self-perpetuating political class concerned with only its narrow well-being and not the advancement of the profession.

Yes, the SBA fails in its stated mission. This is the nature of the beast. We do not have a situation with the SBA, which is common in politics: “throw the bums out.” The problem is systemic, inherent in the very structure of which it is built, and throwing the current bums out will result in nothing more than a new group of bums. Sure, we can paint over rusting metal, but the mask is temporary and eventually the rusting corruption of authority becomes both protector and predator. Lord Acton was right when he said power corrupts.

Scholars have traced regulation of professions as far back as the Code of Hammurabi.3 We have forty centuries to observe how occupational licensing, under the pretext of quality control, masks the real purpose to restrict competition and control the practitioners by the occupational elite in the manner of yesterday’s guild.4 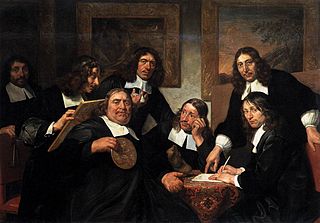 The pattern is this: government begins by protecting some against others and ends up protecting itself against everyone. This is the course of history and the SBA is no exception. The SBA decides: (1) who is to be protected against what, and (2) how much each member is to pay for that protection, whether it is desired or not. The SBA has now set up its own internal “court” system to deal with lawyer miscreants who are presumed guilty until proved otherwise. Are lawyers better served or the profession advanced?

If the reader of this article is a sole practitioner or in a small firm, ask yourself what you fear most: a letter from the IRS or the SBA?

A U.S. Supreme Court decision is forcing state bars to re-examine their operations to avoid potentially huge antitrust liability. The February 25, 2015 decision5 held the doctrine of state-action immunity does not shield the board from Sherman Act antitrust regulation. The court held: “When a state empowers a group of active market participants to decide who can participate in its market, and on what terms, the need for supervision is manifest. If a state wants to rely on active market participants as regulators, it must provide active supervision.”

The case involved practicing dentists who controlled the dental board, an agency which does for dentists what the SBA does for lawyers. Say, do we have any practicing lawyers running the SBA?

Is there a way out?

Humans have struggled to understand matter and technology. We now know how to establish a reliable food supply, to protect ourselves against harsh environments with shelter and clothing. But we have yet to break the barrier of privilege.

As one expects, any examination of privilege is unwelcome by the privilege holders. From the point of view of the privileged class, a privilege once gained is best respected. A critique is necessarily captious or ill-mannered, and the anointed should be allowed to operate in their sacerdotal reverence.

When challenged, as the SBA is now, all the holders of privilege band together to huff, puff and blow the examination down. In fact, it appears the SBA is using funds of the SBA which are mandatorily paid by all lawyers to combat those who challenge the status quo.

Despite the huffing and puffing, complete with forecasts of doom offered by the entrenched if the SBA is changed, the change suggested by HB 2219 and HB 2221 is not new and it is operating well in other states.

2  The aim of such collusion (also called the cartel agreement) is to increase individual members’ profits by reducing competition. One can distinguish private cartels from public cartels. In the public cartel a government is involved to enforce the cartel agreement, and the government’s sovereignty shields such cartels from legal action. This definition fits the SBA.

4 A guild /ɡɪld/ is an association of artisans or merchants who control the practice of their craft in a particular town. The earliest types of guild were formed as confraternities of tradesmen. They were organized in a manner something between a professional association, trade union, a cartel, and a secret society. They often depended on grants of letters patent by a monarch or other authority to enforce the flow of trade to their self-employed members, and to retain ownership of tools and the supply of materials. https://en.wikipedia.org/wiki/Guild (February 4, 2016)