This afternoon, State Bar of Arizona President Geoff Trachtenberg sent out his latest blast email update “about pending legislation that could impact the practice of law and your Bar.”

Find below, Mr. Trachtenberg’s key points and the accompanying rebuttals.

“HB2219 is identical to a bill that was defeated in the Legislature last year. It would eliminate our current Bar and require the Arizona Supreme Court to create an entirely new division to handle attorney discipline and assess Arizona attorneys for this expense.”

A. THE SUPREME COURT SHALL LICENSE ATTORNEYS FOR THE PRACTICE OF LAW IN THIS STATE. THE SUPREME COURT SHALL ADOPT RULES TO CARRY OUT THE PROVISIONS OF THIS SECTION INCLUDING:
1. MINIMUM QUALIFICATIONS FOR LICENSURE.
2. TESTING REQUIREMENTS.
3. REQUIRING A BACKGROUND INVESTIGATION BEFORE OBTAINING A LICENSE.
4. DISCIPLINING ATTORNEYS.
5. DISBARRING ATTORNEYS.
B. AN ATTORNEY SHALL NOT BE REQUIRED TO BE A MEMBER OF ANY ORGANIZATION TO BECOME OR REMAIN A LICENSED ATTORNEY IN THIS STATE.

There is no language in HB 2219 that “eliminates our current bar.”  In fact, HB 2219 does not eliminate the State Bar of Arizona. It makes membership consensual not mandatory. Furthermore, the Bill gives the State Bar the free-market opportunity to sell membership on the merits not by coercion. Arizona lawyers who thereafter join the State Bar will do so by choice not by compulsion. And unlike the current Bar, a voluntary association member can then truly claim it as “My Bar.”

Nor is there language that “requires the Arizona Supreme Court to create an entirely new division to handle attorney discipline and assess Arizona attorneys for this expense.”

Lawyers in Arizona and in every state of the nation are already assessed 100% of the cost of their regulation and discipline. An “entirely new division”? It’s pure speculative scaremongering along with the specter of new incremental assessments on lawyers. But why the groundless conjecture? In the 18 voluntary bar states, the average regulatory cost lawyers pay their respective supreme courts is $210. And even where lawyers elect to join their voluntary bar associations, in most cases it is lower than the $490 Arizona lawyers are now required to pay (eventually increasing to $520). Again using the 22,000 member Ohio Bar Association as an example, Ohio lawyers pay $175 per year in court-mandated lawyer regulatory registration fees ($350 biennually) and $305 to belong to the voluntary Ohio State Bar. The total annualized cost for both is $480.

Besides, placing all the public protection functions directly under the active supervision of the Arizona Supreme Court merely finalizes what the Court has already virtually accomplished. In 2011, it removed most of the State Bar’s core public protection functions from the oversight of the lawyer-elected Board of Governors. Having stripped the core public-protection powers from the mandatory Bar’s Board of Governors, the Court currently runs them separately or through Bar professional staff as a regulatory-only agency free from Board of Governor control.

In Colorado, for example, the voluntary bar state similar in size to Arizona and upon which Arizona based its 2011 revamped lawyer discipline system, attorney regulation is administered by the Office of Attorney Regulation Counsel under appointment of the Colorado Supreme Court. A nine-member Attorney Regulation Committee is composed not by state employees but by lawyers and lay persons and an Office of the Presiding Disciplinary Judge to administer the procedures. No tax dollars are used to fund the attorney regulation process in Colorado.

“HB2221 is a new bill that creates new issues. It would require all Arizona attorneys to belong to the Bar but it would create a two-tier membership system. Only those paying an additional fee would be entitled to various services, such as those mentioned in my previous email, and it remains unclear which of those services would survive this type of a restructure.” 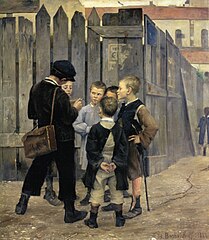 REBUTTAL: House Bill 2221 does not create two-tiers of membership. What it does, in an argument to moderation employed by another state supreme court, is “limit the use of mandatory assessments to the arena of regulation of the legal profession . . . [to] ensure that the Bar Association remains well within the limits of the compelled-speech jurisprudence of the U.S. Supreme Court and avoid embroiling this court and the legal profession in unending quarrels and litigation over the germaneness of an activity in whole or in part, the constitutional adequacy of a particular op-in or opt-out system, or the appropriateness of a given grievance procedure.” In Re Petition For Rule To Create Vol. State Bar Assn. 286 Neb. 1018, 1035 (2013)

In sum, HB 2221:
1. Reaffirms lawyer regulation under the state supreme court;
2. Places all lawyer regulation assessments under supreme court control;
3. Limits bureaucratic expansion since the state bar is authorized to only collect voluntary membership dues for non-regulatory programs and services and requires the bar to file annual independently audited public accountings;
4. Subjects the bar to open records and public meeting laws if the supreme court delegates any of its regulatory authority to it.

“My view is that your Bar is an effective and efficient organization. Having considered these Bills, I agree with those who are concerned about a separation of powers issue between the Legislature and the Arizona Supreme Court. I also believe the changes proposed by these Bills would ultimately harm both attorneys and consumers in Arizona.”

REBUTTAL: Perhaps only the President of the State Bar of Arizona is in any position to determine whether the Bar is “effective and efficient.” As for mainstream members, who knows? The Bar refuses to provide drilled-down expense details of how it spends members’ money. Indeed, but for federal law that it must make public its IRS Form 990 returns, members would not know, for example, that the Bar spends upwards of $1.2M in executive compensation out of a $15M annual budget. HB 2221 would finally require the Bar to become more transparent to the public and to its members.

As for the separation of powers issue, the interplay between the coequal branches of state government has an interesting history. The Arizona Territory was formed in 1865 and the first statewide bar association was created in 1895 as a voluntary membership organization. It remained voluntary for the next 38 years. But thanks to the concerted lobbying of lawyers who in part sought legislative protection against unauthorized legal practice, the Arizona Legislature passed the State Bar Act in 1933. And for the next 52 years, the Arizona Legislature and Judiciary jointly exercised their respective state constitutional powers with respect to the regulation of the practice of law in Arizona. Under a sunset law provision, the State Bar Act terminated in 1985 along with statutory protections against the unauthorized practice of law.

As concerns harm to consumers, the truth as pointed out here is that the opposite is true. “To ensure that the regulation of the practice of law is done solely for the benefit of the public as a whole, and not for the benefit of lawyers, the State Bar should not be a mandatory association.”

“That said, there are at least two sides to every story. For two independent and divergent views on the subject, please see SaveTheBar.com and WorkingForABetterBar.org.”

REBUTTAL: There are indeed “two sides to every story.” Unfortunately, the one-sided State Bar only wants its self-interested side widely heard. Last week, Mr. Trachtenberg contacted me to ask for a website link for inclusion in his next member blast email to provide, in his view, “equal time” to voluntary bar advocates. When asked instead for real “equal time” through access to blast email the members rather than via subordinated hyperlink, his response was akin to the sound of crickets in the desert night.

So the inclusion of a hyperlink to “Working for a Better Bar – A Voluntary Bar” is not even a half-measure of fairness and equal time. And audaciously, while Mr. Trachtenberg characterizes “SaveTheBar” as a “divergent” viewpoint from its own, in actuality, that can scarcely be said. Notwithstanding its unsuccessful effort to inoculate itself from the accusation by proclaiming “this is not a cheerleading page for the Arizona State Bar,” that is precisely what SaveTheBar is. Visit the website yourself. It is tantamount to a proxy for the State Bar — even using some of the Bar’s own “efficient” and “effective” descriptors to gush about the Bar. Compare it to this website to see which is really “divergent.”

“The other two items are House Memorials. The proposed House Memorials are a result of an Ad Hoc Study Committee on the Mandatory Bar that met a few months ago. Notably, both of these Memorials accept the conclusion that the Legislature does not have the authority to change the Bar’s structure because it is controlled by the Arizona Supreme Court.”

REBUTTAL: Inasmuch as House Concurrent Memorials 2002 and 2003 are not engrossed, i.e., in final version, I will defer a complete rebuttal here. Nevertheless, to be clear, the purposes of the resolutions are simple. Considering that to the extent provided by the Arizona Constitution, the regulatory functions relating to the practice of law, including the regulation of attorneys in this state, are within the authority of the Arizona Supreme Court, the House of Representatives of the State of Arizona, the Senate concurring, requests (1) That the Arizona Supreme Court modify its rules related to the State Bar of Arizona to ensure compliance with Keller and the protection of the First Amendment freedoms of Arizona attorneys; and (2) That the Arizona Supreme Court establish improved transparency measures with respect to the practices and policies of the State Bar of Arizona in spending member dues.

If you have a question or want more information, contact info@workingforabetterbar.org